ONCE I WAS A DRAGONFLY

ONCE I WAS A DRAGONFLY 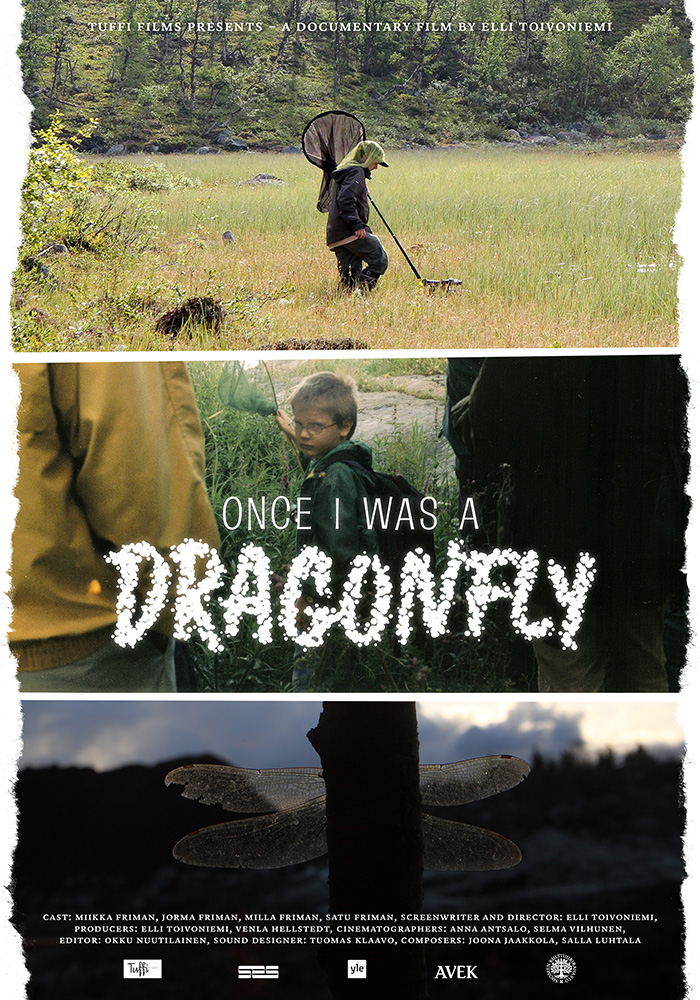 A coming of age story about a boy who doesn’t see beauty in the society but instead in the microscopic world of dragonflies.

Once I was a Dragonfly follows the 25-year-old Miikka Friman who has grown up with dragonflies. He was inspired already at the age of six by a dragonfly that landed on his shoulder and his inspiration gradually turned into a way of living which still almost two decades later drives Miikka onto his expeditions. Miikka has been living his whole life with a camera on his hand, researching dragonflies and documenting the important milestones of his live. The film will show in parallel Miikka’s development from a young enthusiastic filmmaker into a grown man while revealing the trajectory of a dragonfly.