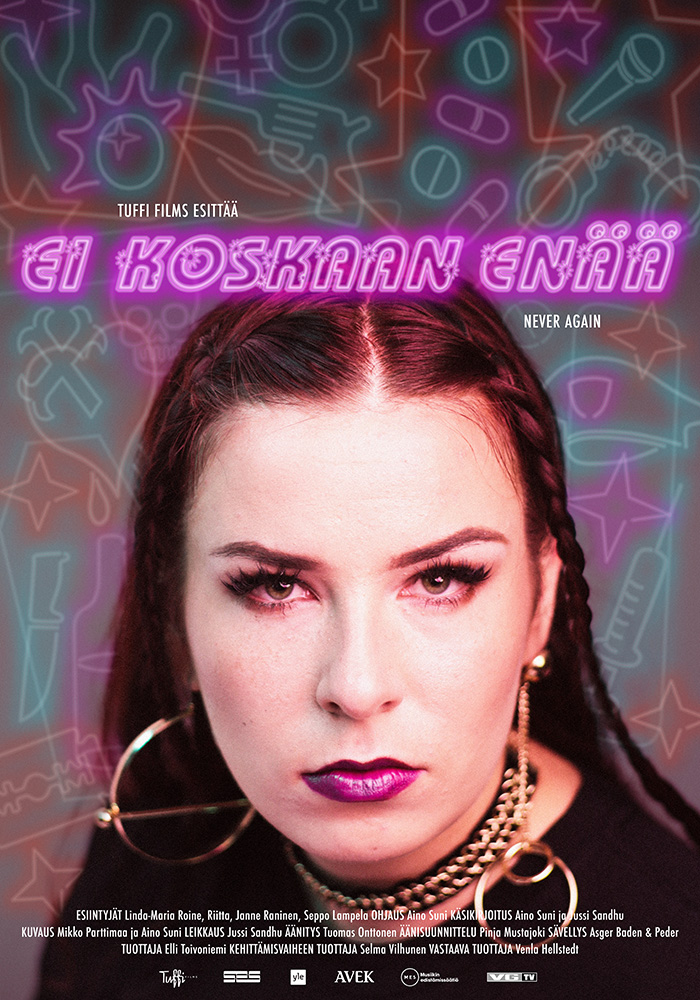 After being assaulted by her ex-boyfriend, twenty-year-old Linda decides to leave the drug scene behind forever. She has a dream: to become Finland’s first female gansta rap artist.

Linda gets assaulted by her boyfriend and in the face of death, she decides to change her life. Linda quits doing drugs and starts to work on her dreams. Two years after the assault, Linda is a gangsta rapper Mercedes Bentso who speaks out for the suppressed women of her community. But in a scene full on men rapping about bitches sucking their dicks, Linda is just a pussy with a mic. She falls in love with Janne who has been convicted for murder thirteen years ago and waits for being released. They share similar backgrounds: both were outcast children. Now grown up, Linda learns how deep the scars from her childhood actually are. Luckily Linda’s mother is there for her, and so is her music.