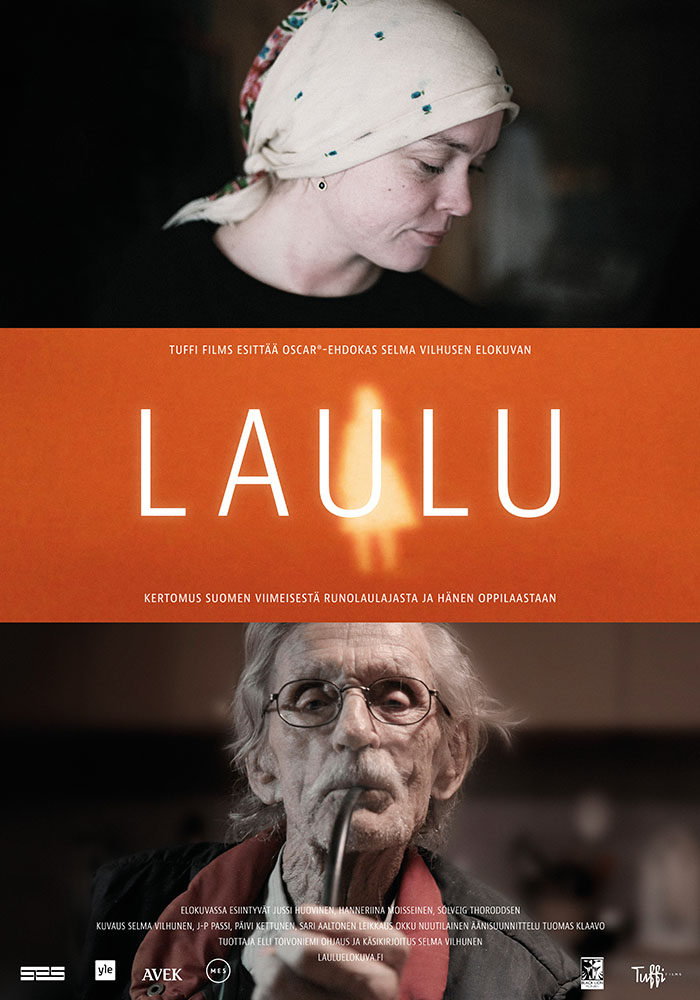 Before there was a written language there were songs.

As its title suggests, ”Song” is a song in the shape of a film. Its verses depict the journey of artist and cartoonist Hanneriina Moisseinen during her visits to Jussi Huovinen, the last living rune singer in Finland. During two and a half years the stories of the teacher and the pupil intersect, and tradition is passed on from one generation to the next. Drawing on Jussi’s songs and his wisdom Hanneriina starts to make a new piece, her most personal piece thus far.

Jussi Huovinen, aged 86 in the beginning of the film, is the last inhabitant of his birth village Hietajärvi. He is the last living person in Finland, who has learned ancient rune songs orally, from his mother and father. Moisseinen, 32, wants to learn his songs and the knowledge that they carry. Songs bring people together regardless of time and space, making them part of something bigger. Songs are the source of comfort and strength when pain is almost unbearable, as well as they are a way of sharing joy and happiness.

Selma Vilhunen participated in Twelve for the Future 2010 / 2011 -workshop with Song.

The film participated in Edinburgh Pitch -forum in 2011.